What is computer hardware 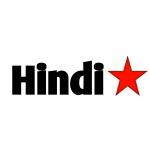 Friends, What is computer hardware computer has become the need of every person in today’s world, whether it is a child studying in school or any activity working in the office.

A small overview of computer hardware connections is given below, which you will be able to understand better.

We can assume that just like a human’s body, so is the computer’s, now you will say that what am I talking about.

See, just as the human body has bones, in the same way hardware is needed to make computers, hardware is like the bones of a computer.

What is computer hardware?

The physical parts with the help of which the computer is made are called computer hardware.

Like Ram, CPu, Motherboard, Hardware is that important part of the computer without which the computer cannot exist.

Hardware is used in any work in the computer, listening to songs, playing games, typing, running the internet, or doing anything else.

For example, if you are listening to a song, then headphones are needed or if you are watching a video or playing a game, then a monter is needed which is a hardware

You must have understood that what is hardware, now let us see how many types of computer hardware are there.

What are the types of computer hardware

There are 4 types of computer hardware

Input devices are hardware with the help of which the user knows by inputting data into the computer, that is, the data is known to the computer.

As we use keyboard in typing, it means that here we input data from keyboard to computer and keyboard is our hardware device.

The output device is the hardware device, with the help of which the output is received from the computer. Getting the output on this means that the computer is getting all the information.

Like we use the monitor to see anything in the computer or use the printer to print anything.

Output device means to view and print anything in the computer, both in taking information from the computer

Processing devices are those that convert the raw data into full information by taking input from the program. The amount of processing that happens inside the computer

When we type something inside the computer, first a form of raw data comes which goes to potato and process it. and then gives light to the screen.

By the way, everyone knows about storage devices. Storage devices are hardware devices that help in storing any data in the computer.

Before working in the computer, you must have seen that we need a keyboard to type every two minutes.

You must have also seen that you cannot write any character in the computer, whether it is a letter or a number without the keyboard.

Microphone is an input device It is also called a pointing device, it is as important to a computer as a keyboard, as the mouse moves as the cursor moves in the screen.

Scanner Scans any jonack made on paper. Whether it is text, or image, or anything else, it scans everything

Most of the scanners are in his school and office.

Computer Monitor is an output device, it is the main hardware of computer hardware.

First of all the signal goes into the sound and then that signal reaches the speaker and comes out in the form of outside sound.

Projector is also the output device. This is the display of any computer screen or image on the wall or any ground.

It uses a small transport lens to project the image or screen, but the new projectors that are coming now use a lens.

Printer Or the hardware device prints any kind of graphical or text format on paper.

The network card has only one function in the computer. It is used to connect the computer to any type of network.

A computer has to take the help of a network card to access the Internet. Without this, we cannot do any activity related to the computer.

A sound card is also a processing device. It processes the captured sound from the microphone and converts it into a digital signal.

So that the sound can be stored in the computer. And it also has a reverse function. Means it processes the digital sound from the computer and sends it out through the speaker.

It is used to put any data in the computer. Pen drive is an externally installed storage device. And the capacity to store data is less.

RAM It is also called primary storage. It keeps the data and instructions being processed in the computer for some time.

I hope that after reading this article completely, you will not have any question regarding computer hardware.

But if it is not so and you still have any question related to computer hardware in your mind, then you can ask in the comment below.